Skip to content
Home
Featured
Will There Ever Be A One World Currency?
Featured
54321
0 (0 votes)
The estimated reading time is 8 minutes

For some, this is just a conspiracy theory; for others, it’s a reality we will all see at some point; and for forex traders, it could be a massive hit to their income level.

Forex is buying and selling different currencies from around the world. If we moved to a one world currency, there would be nothing to trade anymore. We would need to have a different trading system put in place to replace it in some way, or we would have to find other trading and investing ventures altogether.

I think it’s safe to say that just about all forex traders are happy with the market as it is, compared to a one world currency scenario anyway, and losing their current or potential income would be a massive blow to bank accounts around the world.

Is A One World Currency Actually Going To Happen?

This isn’t something anyone can predict and be completely accurate about. The best thing anyone can do to stay on top of any possible big change with trading or investing, like a switch to a one world currency, would be to pay close attention to what is being talked about and mentioned by all of the people in office and government positions when it comes to currency changes around the world.

A nation’s currency has a number of purposes; one of which is a global proxy for the depth, power and productivity of its economy and the strength of its political system. For all of the issues facing the United States, investors all over the world believe the dollar is the best place to store their wealth.

Currencies are also valued based on trade movements. If the Japanese yen is somewhat weak when put next to the dollar, and American car consumers can buy a high-end Japanese model car for the same price in US dollars, they will go with the Japanese car.

That means that countries that are thriving commonly see the value of their currency strengthen, which will give people who earn pay cheques in that currency more purchasing power when they buy products priced in other, weaker currencies.

One of the main fears amongst opponents of a universal currency is the introduction of a central body created to oversee the monetary policy for a single world currency. An extant international body, the United Nations (UN), provides an example of the possible problems and power a central global monetary body could expect. Success stories like peace-building missions in nations as disparate as El Salvador, Mozambique, and Yugoslavia in the past, confirm to the power a coordinated international body can have to answer conflict. On the other side of the coin, the UN’s Intergovernmental Panel on Climate Change (IPCC) is frequently accused of swapping science with diplomacy, as nations accountable for contributing to climate change aren’t publicly taken to task in IPCC reports.

These and other factors continue to block the adoption of a universal currency. Maybe closer on the horizon is the integration of individual currencies within regions into unified currencies. This has already happened in some areas. The most known example is the euro. As of 2018, 23 countries in Europe use the euro instead of their localised currencies.

Some of the advantages applauded include stimulation in trade activities and a decrease in transaction costs and fluctuation risks, as member countries no longer need to exchange currencies when carrying out business with each other. Also, travellers don’t have to change currencies when they travel either. Then again, there are considerable drawbacks. Case in point, a debt-laden country is no longer able to devalue its own currency to make its products more attractive to buyers from other countries. The financial problems of countries like Greece and Spain in the 2010s have been made worse.

Is The US Dollar The Strongest One World Currency Candidate?

The general power of the United States economy sustains the value of the dollar. It’s the reason the dollar is the strongest currency. About $580 billion in US bills are in use outside the country. That’s 65% of all US dollars. That includes 75% of $100 bills, 55% of $50 bills, and 60% of $20 bills. Most of these notes are in the past Soviet Union countries and in Latin America. They have been frequently used as hard currency in everyday operations and transactions. 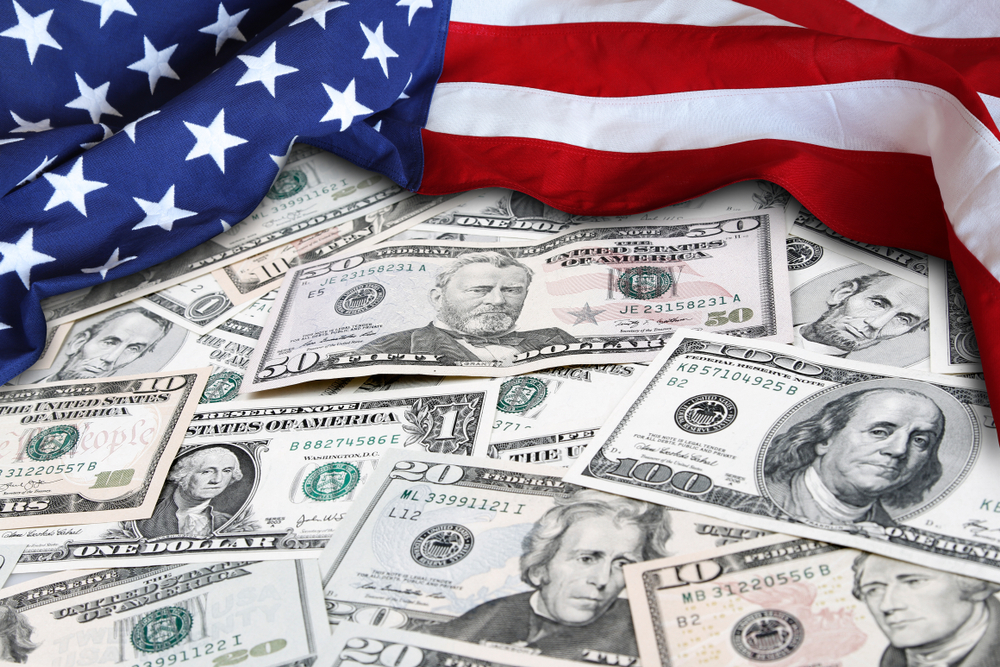 In the forex market, the dollar rules. Around 90% of forex trade include the US dollar. The dollar is only one of the world’s 185 currencies according to the International Standards Organization List, but many of these currencies are only in use inside their own countries. In theory, any one of them could possibly replace the dollar as the world’s currency, but they won’t because they aren’t as commonly traded.

The Pros Of A Single Currency

When you are changing from one currency to another, currency exchange commissions and fees are always taken. Whether you are travelling to another country or simply sending money to a person in another country from your living room, you’ll pay for it. A one world currency will remove the need for foreign exchange.

When countries trade between each other, the collective foreign exchange fees are colossal! History tells us the potential savings that can be made. Take, for example, Europe back in the day, when each European country had its own currency. After the EU was created, the European Commission has since estimated that after the euro was introduced as a single currency across Europe, around 13 to 20 billion euros were saved every year by countries not needing to pay exchange fees to do trade between them.

A one world currency will cause all nations to freely trade with one another without the fear of fees. When fees are not a factor, there is complete freedom and transparency on pricing. Once the EU became a thing, trade between EU members doubled.

The Cons Of A Single Currency

With a one world currency, a single central bank would have to act fairly and couldn’t formulate economic policies favouring one country over another. It would have to establish a uniform economic policy across the world with the same interest rates globally, no matter the economic climate of individual countries. This wouldn’t be a very practical thing to do.

The biggest negative to the introduction of a worldwide currency would be the lack of independent monetary policy to regulate national economies. In the recent economic crisis in the US, the Federal Reserve was not able to lower interest rates to extreme levels and increase the money supply in order to stimulate economic growth.

We like to keep our pages fresh and update them periodically. Sign up to stay in the loop with the latest FX Guys News!

December 27, 1945, the International Monetary Fund (IMF) was founded at the historic Bretton Woods conference. In 1969, the Special Drawing Rights (SDR) was established. But just exactly what are these two financial components?

The IMF is a system that basically builds international monetary collaboration. The SDR is the IMF’s global reserve asset that works as an artificial money instrument and is taken from a basket of significant national reserve currencies of member countries – the US dollar, euro, Chinese yuan, Japanese yen, and pound sterling. 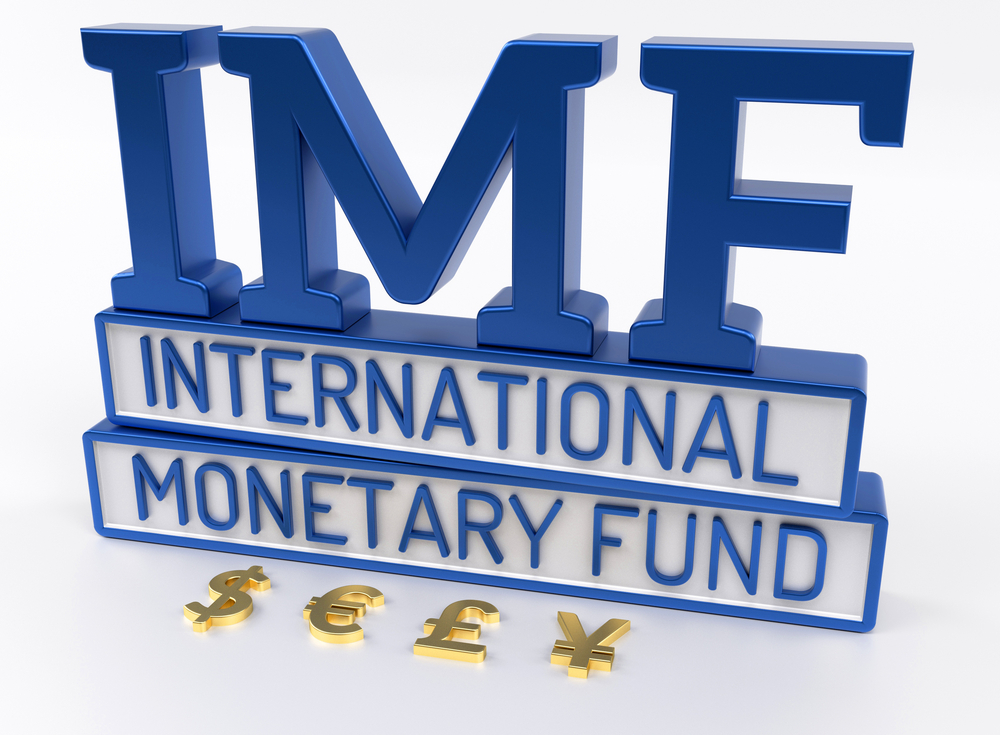 José Antonio Ocampo, former United Nations Under-Secretary-General for Economic and Social Affairs, thinks the IMF and SDR could be used to form a one world currency system. He showcased this proposal in a Project Syndicate piece, titled “Time for a True Global Currency”. It basically echoes the same idea behind the 31-year-old Economist article: “The world needs an international monetary system and one world notes in a global economy”.

Moving on, says Ocampo, the IMF could be transformed into a fully financed institution that runs its own paper money scheme. This could be attained by considering the undeposited SDRs that countries hold. Either during bullish times or throughout an economic breakdown, the IMF could continue to issue SDRs to the tune of $300 billion annually. Central banks would then exchange their reserves for SDRs.

Ultimately, market SDRs would become common in private transactions and investment vehicles – he conceded that this is an unneeded component of his proposed changes.

In 1988, The Economist Magazine published an article with the title, “Get Ready for the Phoenix”, in which they wrote:

“Thirty years from now, Americans, Japanese, Europeans, and people in many other rich countries and some relatively poor ones will probably be paying for their shopping with the same currency. Prices will be quoted not in dollars, yen or D-marks but in, let’s say, the phoenix. The phoenix will be favoured by companies and shoppers because it will be more convenient than today’s national currencies, which by then will seem a quaint cause of much disruption to economic life in the late twentieth century.”

The article said that:

“The market crash [of 1987] taught [governments] that the pretence of policy cooperation can be worse than nothing, and that until real cooperation is feasible (i.e. until governments surrender some economic sovereignty) further attempts to peg currencies will flounder.” “Several more big exchange-rate upsets, a few more stock market crashes and probably a slump or two will be needed before politicians are willing to face squarely up to that choice. This points to a muddled sequence of emergency followed by patch-up followed by emergency, stretching out far beyond 2018 – except for two things. As time passes, the damage caused by currency instability is gradually going to mount; and the very trends that will make it mount are making the utopia of monetary union feasible.” “The phoenix zone would impose tight constraints on national governments. There would be no such thing, for instance, as a national monetary policy. The world phoenix supply would be fixed by a new central bank, descended perhaps from the IMF. The world inflation rate – and hence, within narrow margins, each national inflation rate – would be in its charge. Each country could use taxes and public spending to offset temporary falls in demand, but it would have to borrow rather than print money to finance its budget deficit.”

The author admits that:

“This means a big loss of economic sovereignty, but the trends that make the phoenix so appealing are taking that sovereignty away in any case. Even in a world of more-or-less floating exchange rates, individual governments have seen their policy independence checked by an unfriendly outside world.”

The article states in its conclusion that:

“The phoenix would probably start as a cocktail of national currencies, just as the Special Drawing Right is today. In time, though, its value against national currencies would cease to matter, because people would choose it for its convenience and the stability of its purchasing power.” The last sentence states, “Pencil in the phoenix for around 2018, and welcome it when it comes.”

We like to keep our pages fresh and update them periodically. Sign up to stay in the loop with the latest FX Guys News!