Traders are trying to comprehend the factors affecting the fall and rise of the market. The reality is that there are several factors, and many millions of investors build decisions that impact the market on a daily basis. News and corporate earnings, political news, and the usual marker segment can, together, move the market. However, long-term market performance is majorly influenced by economic factors.

Economic indicators can be split into three groups or categories: leading, lagging, and coincident. The majority of economic indicators have a particular schedule for release, allowing investors to prepare to look at the information at that specific time of the month or year.

Macroeconomic indicators may be anything the investors choose, but particular information released by non-profit organisations and the government have become largely followed. Of all the macroeconomic indicators the most notable on the stock market are the gross domestic product (GDP), inflation rate, and employment data. 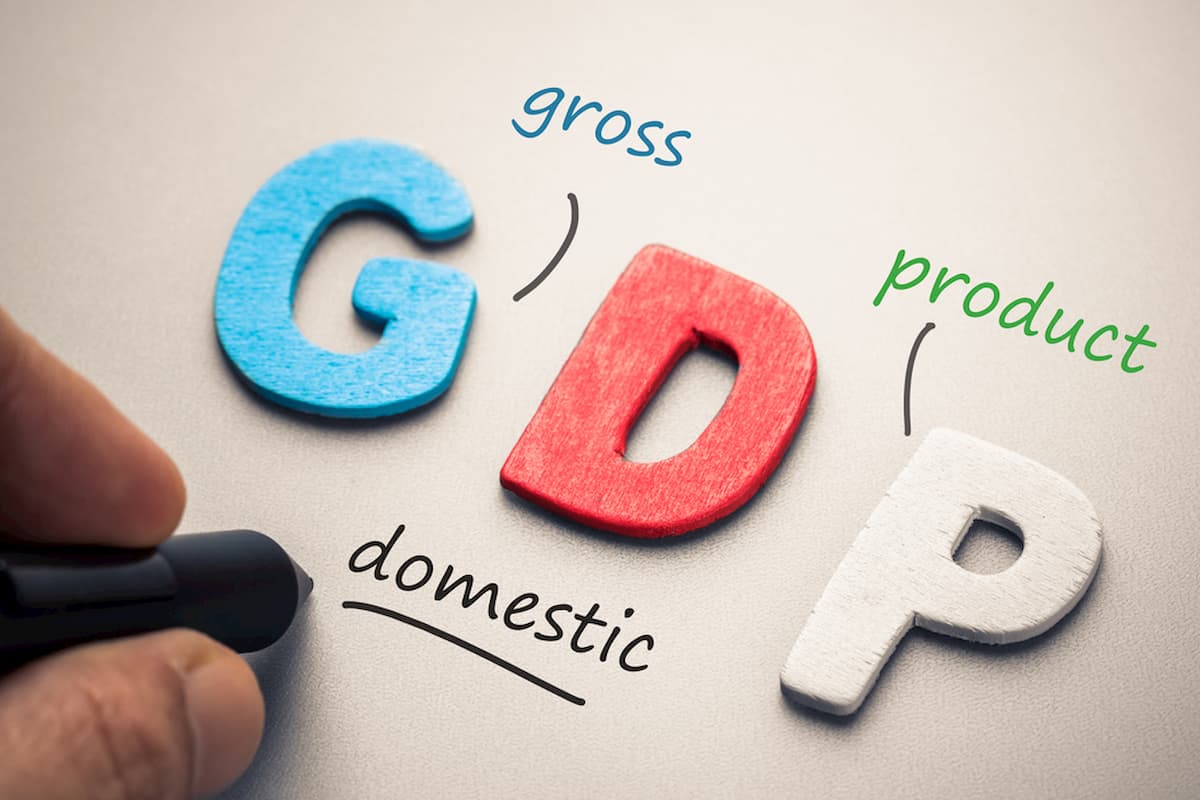 Gross domestic product is an important part of inflation as well as being amongst the necessary macroeconomic indicators. It will tell you whether the economy is contracting or growing and how fast the process is compared to the previous year’s GDP.

GDP is the monetary value of all services and goods produced by a country during a particular period. It is calculated either by adding total income in a country’s economy or by the total spending of that economy. Both measures must be fairly equal.

With numerous individual components impacting GDP, you can understand how simple it is for infinite economic reports to arise. GDP impacts the stock market because of its influence on inflation and its use as one of the primary economic activity indicators as well as investors’ future economic prospects.

Any major change in the GDP, either up or down, can have a huge effect on your investment sentiment. If you believe that the economy is improving, you are more likely to agree to pay more for a particular stock. If there is a decrease in GDP, you would only be willing to purchase a particular stock for a lower price, leading to a fall in the stock market.

To add to this effect, according to economic theory, the stock market exerts a reverse impact on economic activity; this is called the wealth effect. The theory suggests that a decline in the stock market results in the fall of the personal or perceived wealth of an individual.

You will consequently stop investing as much. Because consumer spending represents around two-thirds of the GDP, a minor change in consumption has a notable effect on GDP. This implies that, as the stock market declines, it causes the GDP to decrease even further, which intensifies the descending pressure on the stock market. 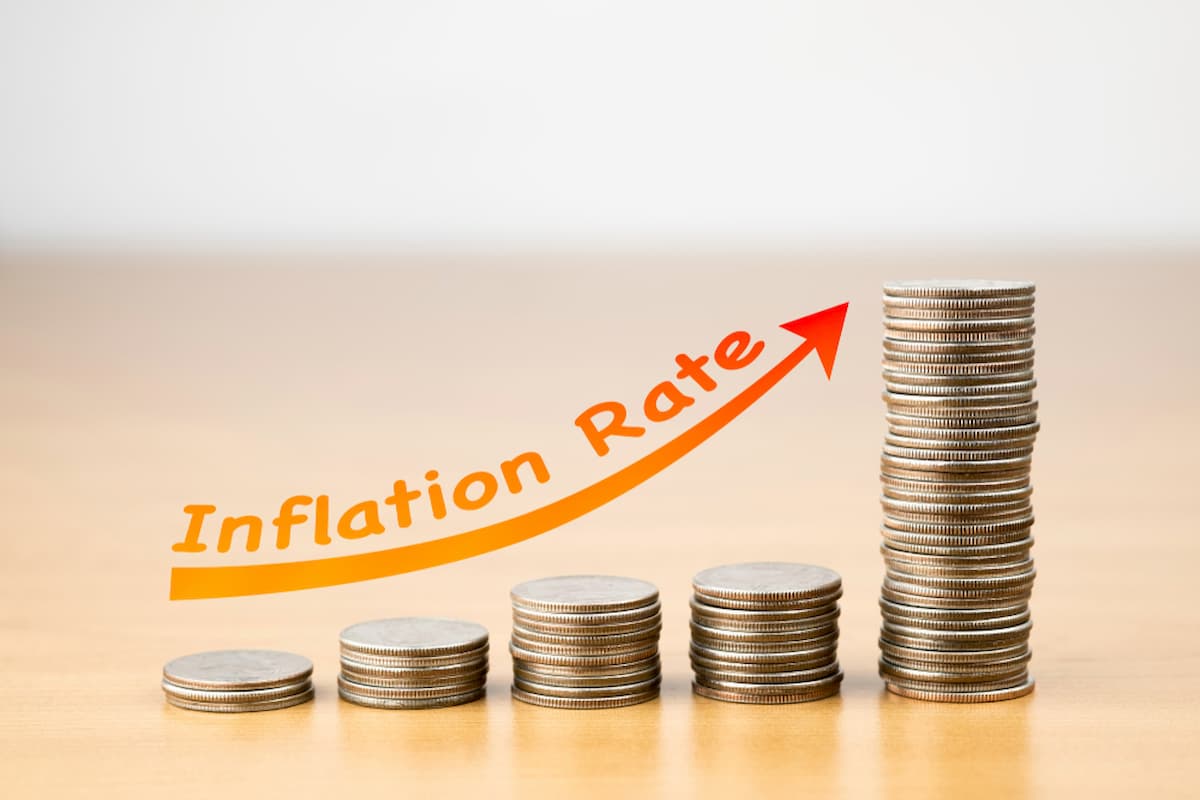 The inflation rate is a serious macroeconomic indicator for the stock market, as it ascertains how much of the investment’s value is being dropped as well as the rate of return an investor needs to compensate for the loss.

Suppose inflation is set at 2% for 2019 and your investment for the same year also increases by 2%. In reality, you have managed to just stay even. To take on the market risk, you should attain a risk premium above and beyond the inflation rate.

So, investors who purchase stocks anticipate that they will receive a return better than, or equal to, the risk premium altered by the inflation rate. Therefore, a higher inflation rate means you must get a higher return on investment (ROI) on the stock market.

However, the impact of inflation on the equity market is much more complex than that. The major effect of inflation on equity prices actually derives from the influence it has on the earnings of a company. The company’s cost is kept down by low inflation, which increases profits. So everything else being equal, low inflation is better than high inflation for the market.

Inflation occurs due to many reasons. From a supply-demand perspective, inflation can happen because of increased demand for a specific product, from limited supplies, from a rise in the cost of supplies of a company, or even from a fear that supplies may be limited at some point in the future.

However, the main determinant of inflation is the balance between demand and supply in the economy, which is the output gap. The difference between the potential of an economy, whether all labour and capital resources are in use as well as the real output level, are measured by the output gap.

You can attain the real output level easily, as it is measured using GDP. However, the potential level of output is more complex to calculate and needs estimates to ascertain its value. Therefore, while the output gap is always crucial to consider when comprehending economic data, its true amount is never known. Due to this, investors do not consider it a realistic indicator, which is why a single number or proxy is needed for its estimation.

In the USA, the consumer price index (CPI) is the most commonly followed measure of inflation. A CPI figure is issued by the Labour Department every month, considering the rise in the price of a particular basket of services and goods bought by an average customer.

That basket is supposed to contain several items, usually purchased by most or all consumers, such as housing, transportation, clothing, medical care, and entertainment. Then, the combined worth of that basket is compared to the same one a year later. The inflation or deflation rate is based on the percentage increase or decrease in the value of these goods and services during one year.

However, there are some drawbacks to this measure. For example, the products do not always remain the same, which makes it complex to ascertain how much of the increase is due to inflation and how much is caused by other factors such as improvements in quality.

Another major macroeconomic indicator of a country’s economy is employment data. Most investors focus on total unemployment and employment rates, which are key indicators.

People who are already working are considered employed, while people who are looking for but have not found work, except retirees, students, and those who have given up on finding a job, are referred to as unemployed.

Unemployment occurs because of the change in the economy due to the allocation of resources. This depends on what people are purchasing. Some companies run out of business but other businesses, which manufacture products that are in demand, expand vigorously. This forces the labour to shift from losing to winning business; however, the process is not instantaneous. Some people also stop working as employees by choice.

What could be the reasons behind this change? Well, it is probably because of temporary staffing companies connecting employers with job seekers, elderly people being fully employed, and doubling the population in prisons that ultimately eliminates everyone who tends to be unemployed.

Moreover, there are several safeguards and institutions within an economy that are created to increase or mitigate these impacts, which should also be considered.

Together, GDP, inflation, and employment data exert a notable impact on the stock market. The three are closely related and a change in even one of these microeconomic factors can have a substantial trickle-down effect. Additionally, since interpretation is an art as much as it is a science, it can also be helpful to try and seek the original source reports.